This is the fourth in a series of articles exploring island societies to examine how issues affecting small isolated communities can help us understand the world as a whole. 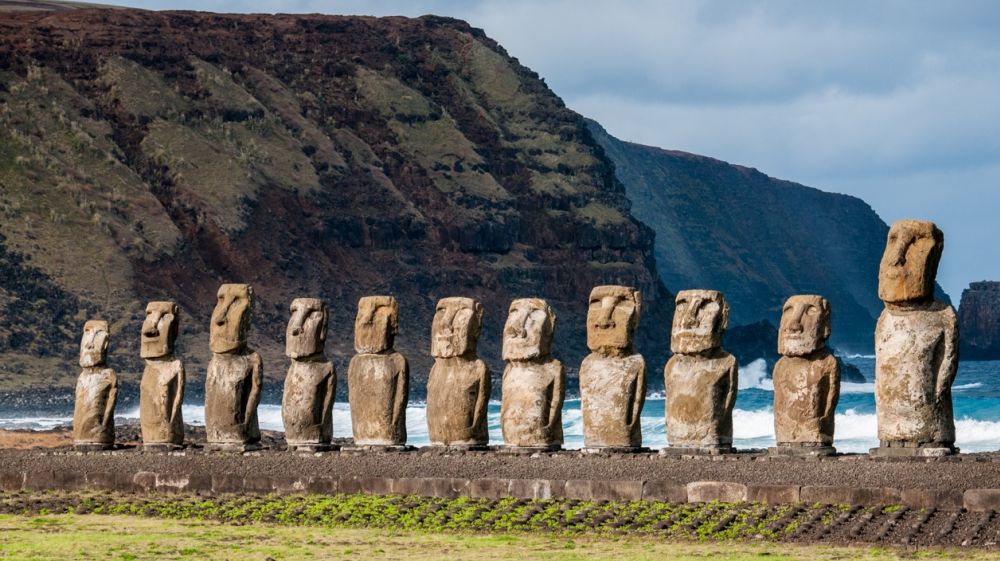 Easter Island is a land of mystery.  Images of the iconic monolithic statues, seemingly guarding this remote South Pacific Island, have puzzled historians for centuries and have inspired imaginary souls to proclaim it as the work of extraterrestrials.  Moreover, when one visits this wondrous locale, the dearth of vegetation and wildlife will appear incongruous when juxtaposed with the notion that this island once fostered a thriving civilization.

Known as Rapa Nui by its indigenous people, Easter Island is one of the most isolated inhabited islands in the world.  The 15 mile-long piece of volcanic rock is more than 1000 miles from any other human settlement.  Although some have postulated that the inhabitants came from South America, DNA tests have shown that the Rapa Nui people are descendants of other Polynesian islands. And it is believed that the first inhabitants arrived on canoes around 1200 A.D.  Today, curious travelers can take a six-hour flight from Santiago, Chile to visit this unique island.

Easter Island is nearly synonymous with the moai, which is what the native people call one of almost 1000 large volcanic rock statues scattered throughout the island.  Most anthropologists believe that these human figures served religious and political purposes.  However, there is no agreement on how these large objects, some as tall as 30 feet and weighing nearly 90 tons, were moved from the hillside quarry to every corner of the volcanic island.  Also, when the Europeans first arrived in the 1700’s, they could not explain why the statues were all toppled or left unfinished.  Today, the prevailing theory on why the Easter Islanders abandoned their moai carving culture may serve as a warning to the rest of the world.

Arriving by plane, the first glimpse of Easter Island is that of a brown chunk of rock sticking out of an endless blue ocean.  As the aircraft approaches the runway, some low-lying vegetation comes into view, but very few trees.  This is not unexpected when approaching a deserted island, but a typical populated Polynesian island boasts beaches full of palm trees and forests crowded with tropical plants.  As the visitors step off the plane, the warm, breezy air greets them, but they see little sign of wildlife, with only a few birds dotting the sky.  At this point, they have to wonder, what has happened to this tropical paradise?

Most scholars believe that Easter Island was once a prospering society that existed peacefully for centuries, devoting much of their leisure time erecting giant statues of their leaders and ancestors.  However, due to overpopulation and the unchecked harvesting of trees, the island became bare.  The seemingly unlimited supply of fruits and coconuts disappeared, and the island was depleted of wood necessary to build boats for fishing or for leaving the island. Subsequently, wars between starving factions ensued, with the toppling of their enemies’ moais and some even resorting to cannibalism.

Many believe that Easter Island serves as a microcosm of planet earth.  This remote land, isolated from the rest of the world was utterly dependent on its fragile ecosystem.  When the inhabitants unwittingly destroyed their environment, the society collapsed, and chaos ensued.  Scientists warn that our planet may succumb to a similar fate, as unchecked human activity has led to overutilization of natural resources, pollution, and climate change.  As the destruction of the environment escalates, sociologists fear that the threat of global political instability will grow.

Although the history of Easter Island is troublesome, there is an anecdote that raises some hope for humanity. The narrative of Rapa Nui does not conclude with extinction, but with a minor rebirth.  Following many years of famine and internal strife, the Birdman cult, or Tangata Manu, brought peace to the embattled people.  In this religious ritual, the islanders agreed to engage in a yearly competition where a single member from each tribe would race to a small nearby island to collect the first egg from the sooty tern’s mating season. The winner and his tribe would rule the island for one year, eliminating violent clashes between clans seeking supremacy.

It can be argued that Easter Islanders were not versed in ecology and conservation, and were doomed to their unfortunate circumstances.  On the other hand, modern society has largely ignored warnings from the scientific community to enact preventive actions.  Hopefully, the global community can unite to prevent a catastrophic ecological crisis.  Alternatively, at the least, people can learn to live peacefully together in a damaged ecosystem.  If Easter Island serves as a microcosm of Earth, and our planet suffers a similar fate, the image of our Earth may be of the great buildings and monuments left behind by a lost civilization bent on self-destruction.