With the end of the long cold winter, musicians pack their instruments and travel the country to play at numerous outdoor music festivals. It gives the music fan an opportunity to hear some of their favorite bands playing together at a single event. Although the most iconic music festivals are not held in the Northeast (Coachella in California, Lollapalooza in Chicago, Bonnaroo in Tennessee), there are still many great events within driving distance from Manhasset. Here is a list of some of the most notable outdoor festivals in the New York area this summer.

The summer music festival season officially kicks off with this 3-day event that takes place in Randall Island, located between Manhattan, Bronx, and Queens. Since 2011, the Governors Ball has featured a wide variety of musical artists spanning multiple genres. Jack White, Travis Scott, and Eminem headline this year’s festival. Other artists scheduled to perform include Yeah Yeah Yeahs, Shawn Mendes, Halsey, Mark Ronson, and Gaslight Anthem. Tickets are available as a 3-day package or sold as individual day passes.

Since 1994, the radio station Hot 97FM has sponsored this annual hip-hop music festival at the New Jersey football stadium. Over the years, the event has been marred by violence. In 2015, the crowd clashed with the State Police in riot gear, resulting in 61 arrests. In 2016, there was a floor fight at the event that resulted in 35 arrests. The 2017 event was relatively uneventful with state troopers arresting 34 individuals on mostly minor offenses such as trespassing and marijuana possession. The 2018 addition promises to bring much excitement on stage with more than 10 artists scheduled to perform, including Kendrick Lamar and Lil Wayne.

For the die-hard music fan, a four-hour drive to Delaware may be a required pilgrimage to experience the Firefly Music Festival. The four-day event boasts more than 100 bands on the schedule, including Kendrick Lamar, Arctic Monkeys, Eminem, The Killers, Lil Wayne, Sza, Logic, and Foster the People.

All summer long, Jones Beach Theater plays host to numerous concerts. With 15,000 seats, it attracts many high profile artists, but mostly to entertain an older crowd. However, there are few events that are more suitable for younger audiences. On Friday, June 15, “Summer Jam” sponsored by the radio station WBLI (106.1) will feature more than 10 artists including Shawn Mendes, Meghan Trainor, 5 Seconds of Summer, ZEDD, and Alessia Cara. The following day, WKTU (103.5) will present its annual “KTUphoria”, which will feature many contemporary artists including Dua Lipa, Charlie Puth, Ne-yo, and Pitbull. And to entertain the mom who has been coerced to drive a group of high school kids to the concert, Backstreet Boys will perform at the Summer Jam, and Sting is on the KTUphoria’s lineup.

In its third year of existence, Panorama Music Festival takes place at the same venue as the Governors Ball but is geared to a slightly older audience. It is marketed as “Coachella-East,” as it is sponsored by the same organization behind the famed California festival. This summer, The Weeknd, Janet Jackson, and The Killers will headline the three-day event. Approximately 50 other acts are scheduled to perform including Migos, Dua Lipa, Sza, St. Vincent, Odesza, David Byrne, and Fleet Foxes.

If electric dance music is your passion, you must go to the Electric Zoo, which turns Randall Island into a massive party during the Labor Day Weekend. The only catch is you have to be 18 years old. For those with proper government issued ID’s, you can enjoy performances by more than 50 artists, including Kaskade, Marshmello, Martin Garrix, and Virtual Self. 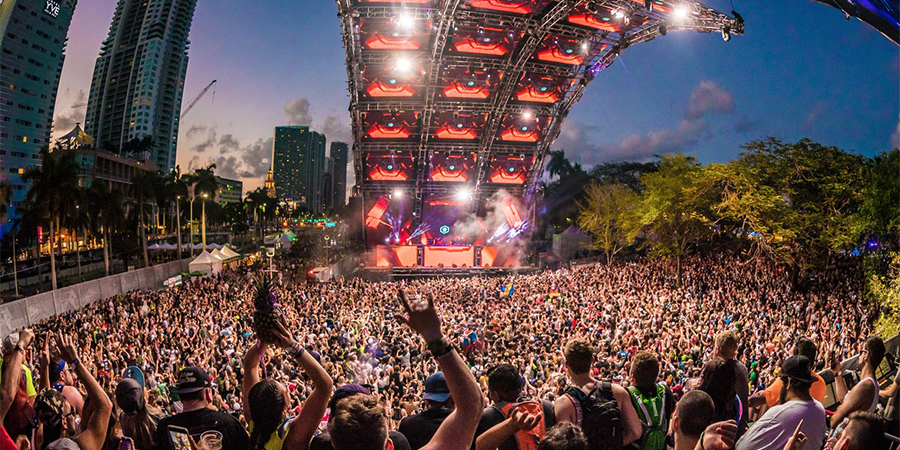